This success proved beyond the shadow of a doubt that the members of the Med/Surg staff at Aspirus Medford Hospital and Clinics in Medford, Wisconsin, are terrific diagnosticians. Led by a team that included Med/Surg Manager Jessica Faude, RN-BC, BSN and Patient Experience Manager Kaci Klemm, RN, BSN, Aspirus Medford’s Med/Surg staff pulled together a Service Excellence Kickoff  meeting to lay the groundwork for an initiative designed to improve patient experience and overall performance — Individualized Patient Care Cards of Excellence.

In this webcast replay, Jessica and Kaci explain how Aspirus Medford developed and introduced these Individualized Patient Care Cards of Excellence to help care team members ask the right question, listen carefully, and then individualize the care delivered to each patient to create an excellent experience.

During their presentation, Jessica and Kaci:

Individualized Patient Care Cards of Excellence have helped Aspirus Medford staff understand that the elements for delivering excellent care are different for every patient. Recognizing and acting on those differences has contributed to a more positive culture and a more rewarding experience for every team member at this 25-bed, not-for-profit critical access hospital. 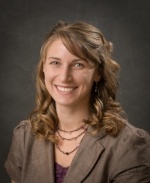 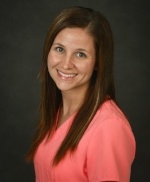 Kaci Klemm, RN, BSN serves as the Patient Experience Manager for Aspirus Medford Hospital and Clinics (AMHC). She started her career in healthcare at AMHC in 2007 as an Emergency Department Technician. She continually told her co-workers she would not pursue nursing. After nine years of schooling, two Bachelor’s degrees and an Associate’s degree, she became a nurse. Kaci started her nursing career at Mayo Clinic Health System–Eau Claire in the Medical Surgical unit and then moved back to her hometown of Medford and became an Emergency Department Nurse. In July 2016, Kaci took on the newly created role of Patient Experience Manager.

Interested? Fill out the form below to view the presentation!